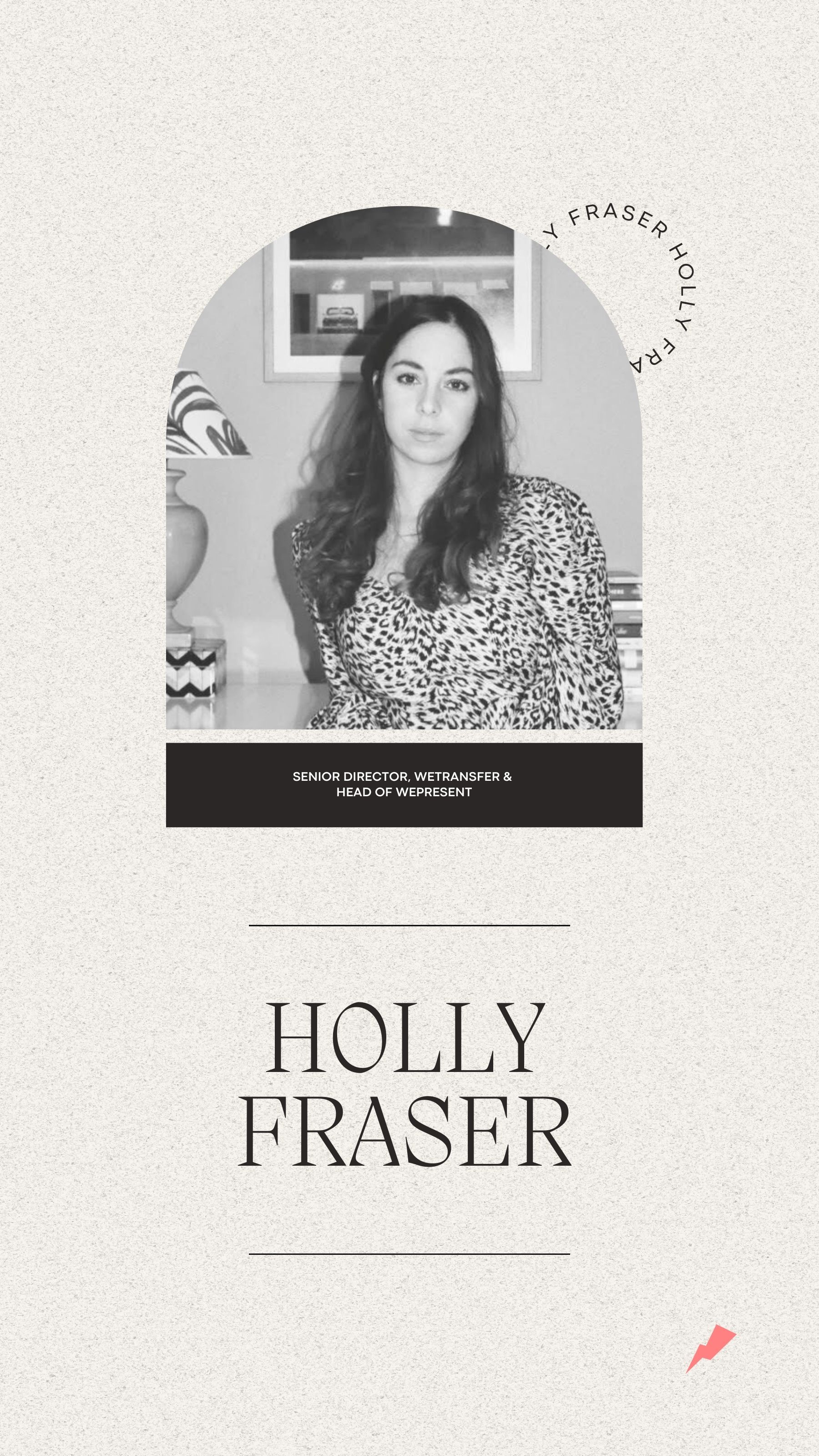 All costs exc VAT and payment taken once booking confirmed.

Holly Fraser leads WePresent, the digital arts arm of WeTransfer, which acts as a modern-day patron of the arts and champions global creative empowerment. WePresent has commissioned over 1000 creatives from over 100 countries, re-interpreting the potential of artistic collaboration with projects expanding beyond the traditional confines of the online sphere and gallery space. Previous to this she was editor of culture biannual Hunger for six years. She has been a judge for D&AD, London International Awards, Dezeen and her work has won numerous awards including an Oscar, Cannes Lions, Clios, D&AD and Webby awards.

The term ‘content’ can be reductive but, done right, it can be a powerful way for brands to differentiate, to move the cultural needle and even inspire change.

You will discuss how to create content that resonates with your audience, yet is also relevant to the zeitgeist and remains authentic and representative. In a world that already has so much 'stuff' how do you stand out?

⚡️ How to approach your audience‍

🤝 How to curate with authenticity

Get inspired by the industry greats.

Our speakers will get all your gears turning and provide you with plenty of food for thought.

You've probably got some questions, here are the answers!

How does Dose work?

You submit your team's business challenges here. Dose will then curate and propose a bespoke advisory board specifically to solve those business challenges. We surround your people with hyper-relevant experts to deliver advice and strategy to solve your problems. You can select either a 6-month or 12-month program.

What is a Dose?

A Dose is a live 30-minute session with a Pioneer. A rich discussion centred around your specific business challenge. It is a facilitated conversation that delivers real-life, actionable advice. A Dose is not a keynote.

How frequent are the Doses?

Dose runs on a one-session-per-month cadence. Prior to the Dose, we work with you to get context and follow up with 1:1 Pioneer messaging to ensure maximum value.

What is the Cost?

Who are the Pioneers?

All of our Pioneers are world-class experts and operators, vetted for their specific experience. They have been there, done it, and they still are active. Our Pioneers are not consultants or academics. They are living it, facing challenges similar to you on a daily basis.

How can I find out if Dose is for me?

Get in touch with us here and find out if Dose is right for your team.

Surrounding your
people with the best